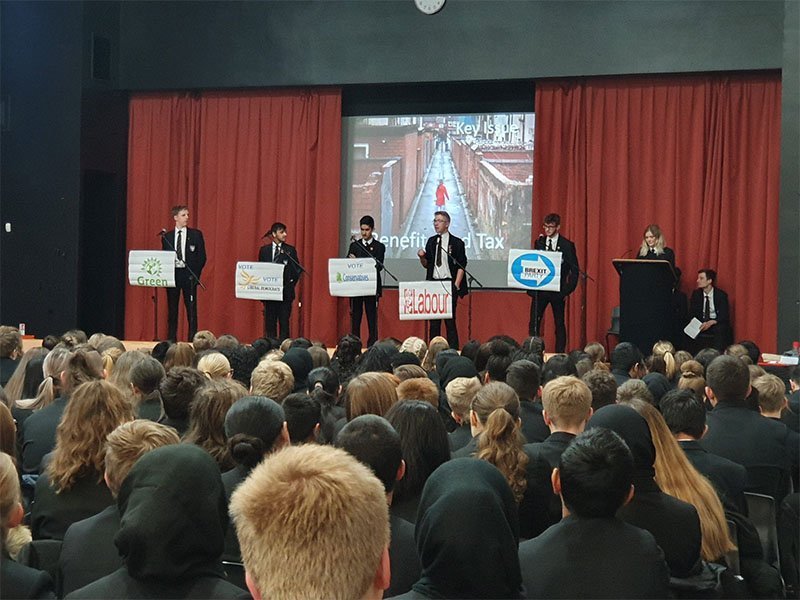 As the final week of the General Election reached its conclusion pupils at Salendine Nook were given their own chance to make their own decisions about the future of our country by participating in their very own Mock Election on Thursday. The Library was turned into a Polling Booth and pupils from all Year groups were given the chance to vote. A series of assemblies held each day gave all year groups the chance to hear the views of the leading [political parties- Conservative party, Labour party, Liberal Democrat party, Green party and Brexit party. The following students represented each party in a passionate debate- Leo Tedder, Danyaal malik, Ayaan Asim, Joel Grainger and Ben Siddig. The Assembly was also presented by our students- Ella Speak, Elinor Tidmarsh and James Carney.
The Labour party won the election.

September 2021 Appeals
Please click the following link to take you to the form that needs completing if you wish to appeal the decision not grant your child a place at Salendine Nook High School.
Appeals Form