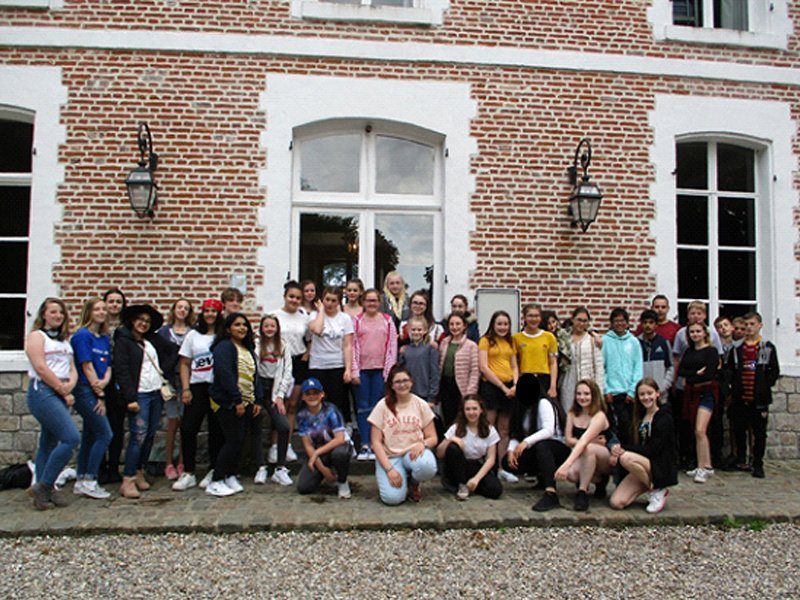 A group of Y8 and Y9 pupils went to France with the MFL Department for a duration of 4 days in the Summer Term. Once in France they stayed at the Chateau du Broutel situated in the historic town of Rue. The first day was spent travelling down to our destination. We took the ferry on a lovely sunny day and the crossing was very smooth. Pupils had the chance to see the white cliffs of Dover. On the second day, they visited Nausicaa, the largest aquarium in Europe, a chocolate factory where they learnt how to make chocolate and a snail farm where they had the opportunity to taste some snails and other delicacies. They also spent a whole day at the Bellewaerde Theme Park in Belgium where they had a huge amount of fun. Overall the trip was a great success and everyone had a great time. The pupils were a real credit to their familys’, to themselves and to the school.

Next year the MFL Department is planning a Spanish trip to Malaga.